Why Should You Care about Zoning? 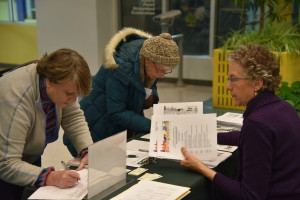 [/su_frame] Because zoning and subdivision impacts everyone. We all have a critical stake in the rewrite process. Zoning determines how land is used, how buildings are constructed, and what types of businesses are allowed in a community. Together, the zoning code and subdivision regulations establish fundamental aspects for our neighborhoods like walkability, building heights, streetscapes, police stations, schools, bike trails, even whether and how you can build a fence or deck.

For years, citizen activists, Planning Department staff, land developers, business owners, and elected officials have agreed that the current zoning and subdivision codes are outdated, sometimes foster an atmosphere of distrust, and prevent the County from getting the type of development it deserves. The County realized some time ago that there was only one solution – rewrite the Zoning Ordinance and Subdivision Regulations to make these codes easier to include citizen input, reduce uncertainty by clearly defining the approvals process, and implement the County’s vision for growth.

Several unsuccessful zoning rewrite attempts later, the County is still faced with the same dilemma. This time we need your help in making sure this effort does something none of the previous attempts were able to do – SUCCEED!

Rewriting the zoning code is a crucial recommendation of Plan Prince George’s 2035 . In this most-recently adopted General Plan it is stated that “in order to begin implementation of Plan 2035, we must first undertake a comprehensive update to the County’s Zoning and Subdivision Ordinances.”

Since the Zoning Rewrite launched in January 2014, the project team has held more than 115 meetings with interested stakeholders discussing the state of the current zoning and subdivision regulations and creating a shared vision for what the new Zoning Ordinance and Subdivision Regulations should address. Over these next two years, we encourage you to stay involved with this process. Please stay tuned for more updates and staff articles about how zoning affects you. The latest happenings with the Zoning Rewrite are posted on our website, Facebook  and Twitter. In the meantime, please let us know your thoughts—contact us directly at zoningpgc@ppd.mncppc.org

The Zoning Rewrite is Open for Comments